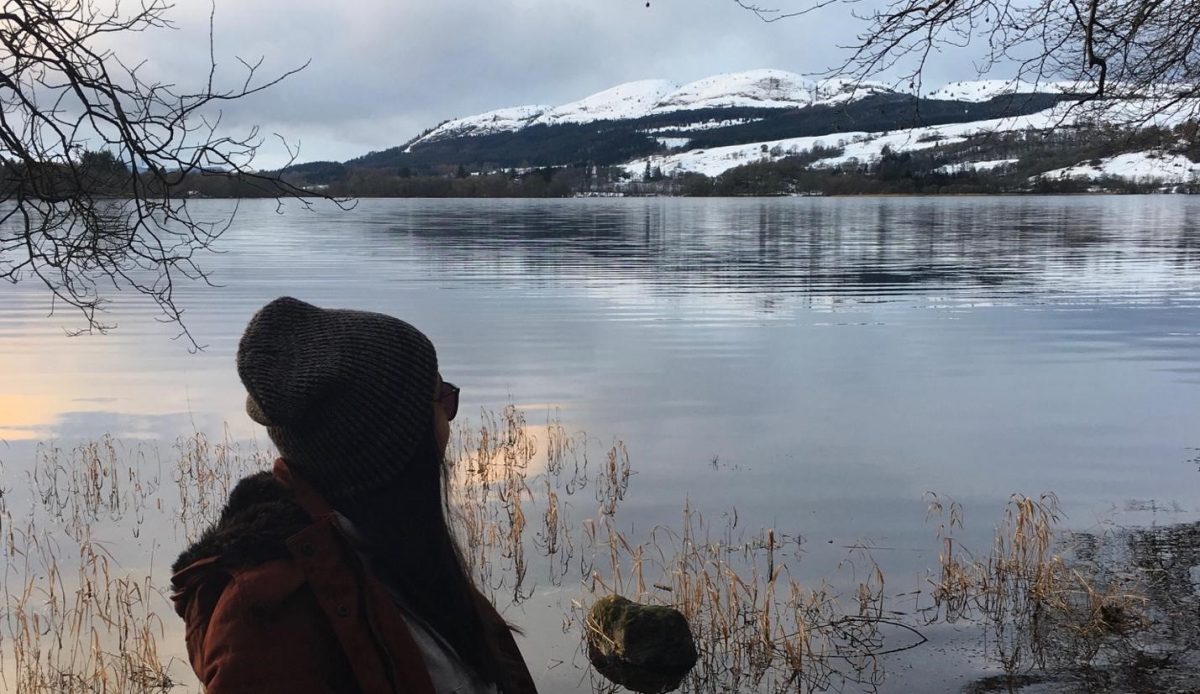 By: Maria Bendo, Undergraduate Student in English, Faculty of Arts

From the moment I got back to Canada, I’ve had trouble trying finding words to describe what my exchange was like. I spent the first five months of 2018 studying at Edinburgh Napier University in Scotland during the second half of my third year. Strangely, I’ve found myself struggling to answer questions about it. I usually reply with “Oh, it was amazing!” or “Honestly, would go back in a heartbeat,” which are both extremely true, but I’ve never really elaborated upon it. So, I’m going to make an attempt.

From the moment I graduated high school, I knew I wanted to participate in an exchange program. I didn’t really feel nervous leading up to it until I sat down for the 7-hour flight ahead of me. I couldn’t believe I was going to live an ocean away from my family and friends. Even if it was for a short period of time, I could not stop thinking about how I would have to be on my own and my family wouldn’t be just an hour and a half drive away. I was so grateful when I learned that one of my now best friends was going on exchange as well. With her sitting next to me on the plane, I felt so much more at ease. I think we were both ready to experience everything the exchange threw at us.

Edinburgh is an extremely beautiful city with a rich history and for an English major; I don’t think I could have chosen a better place to live for five months. I learned a multitude of things about renowned Scottish poets, authors, and even about myself as a student. I only had to take 3 courses compared to Ryerson’s standard 5, which left me with more free time than I’m used to. I lived in one of Napier’s residences called Bainfield; It is about a 10-minute walk from the campus of Merchiston. This is where I met many wonderful people who I ended up spending most of my time with.

The Old Town in Edinburgh might have been one of my favorite areas of the city. I’m a sucker for cobblestone and narrow alleys, despite being a clumsy mess and nearly breaking an ankle. I also have a special place in my heart for the highlands, especially after going on the same free highland tour twice. Walking around the city, I was in a state of disbelief; a common theme during my exchange. I really couldn’t believe that this place was my home for five months. It really didn’t click for me until I boarded my flight back to Canada.

Obviously, studying abroad in Europe gave me the chance to travel within the continent for relatively cheap. Weirdly enough, I’ve seen more of Europe than Canada. While on exchange, I traveled to 7 countries and 10 cities and towns. I’ve never been one for taking a ton of pictures while on vacation, being a “live in the moment” type of person, but I really couldn’t help it. I look back on each picture so fondly and almost instantly connect a memory to it – roaming Edinburgh after a night out, eating gelato by the canal in Venice, riding paddle boats on the Vltava river. As cliche as it sounds, it was really like living in a dream and the pictures I took made it feel a bit more real to me.

It’s easy to be intimidated by the idea of living in a foreign country on your own, but don’t let that fear stop you from it. As any person would, I did get homesick from time to time. At the end of the day I always knew I was coming back, which is bittersweet when I think about it now. The day I left Edinburgh, I really couldn’t stand the thought of leaving my exchange experience behind. To be honest, I think about going back every day.

Along with the general answers I tend to give about the whole experience, I always tell people that it is absolutely worth it. I’m constantly telling everyone that asks, if they get the chance to study abroad or even just visit Europe or any other place in the world, they should take the opportunity and run. Seize and cherish every moment while you’re gone and make a few (or a lot) of memories doing it.