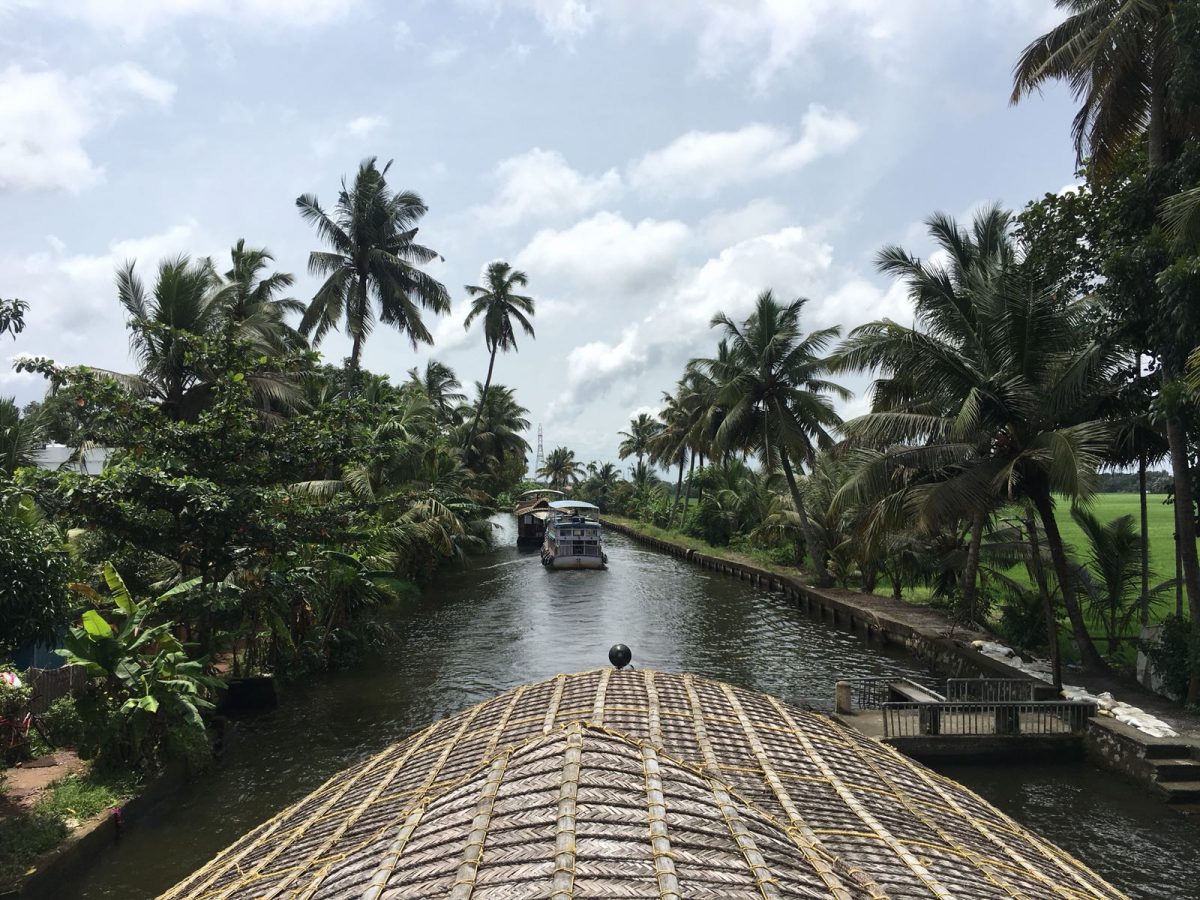 “I spent the past month predominantly in southern India and survived one of the worst natural disasters in over 300 years to take place in the state of Kerala.”

More than 1 million people in Kerala were displaced into refugee camps, the navy and military in full effect, airports, railways, and roads closed throughout the state because of monsoon rains and landslides, with the death toll surpassing 300. Now that I’m home, settled, and trying to show this jetlag who’s the boss, it’s time to share stories. I will post more photos on Facebook in the coming weeks.

I traveled with an interdisciplinary group of Ryerson University students that was led by one faculty member; we were all strangers to one another before leaving, and it was everyone’s first time in India. This was an opportunity provided through Ryerson, partnered with Amritapuri University in Kerala, India, as part of the Live in Labs program. University students from all over the world work on international teams implementing research projects in rural villages of India for 1-12 months.

Ours was supposed to be a water and health project in a village community near Alappuzha, Kerala. We still engaged in water and health efforts, but our project turned into action-based research combined with disaster relief initiatives, when the area incurred some of the worst monsoon flooding on record in this part of the world. Our group of 30 students from Ryerson and Amritapuri were emergency evacuated from our village base camp in Alappuzha on August. 15, which happens to be India’s Independence Day.

At this point, the entire state of Kerala was officially in a state of emergency.

We all safely returned as a group to the Amritapuri Campus from the flooded village, where we completed reports, presentations, and research papers compiling the information collected from the communities in crises. There is potential for these research submitted to the Live in Labs team to be presented at future conferences.

When we were in various village communities for 10 days, Ryerson students would partner with native speaking Amrita students to conduct and document interviews with villagers. Some of us became pharmacists by helping to distribute medicines and assisting doctors (many of whom were medical students themselves). These efforts took place at disaster relief medical camps, village schools (many had been closed for weeks already due to flooding, and/or turned into refugee camps or distribution centers after re-opening), at community centers, as well as in individual homes.

Many of these sites were accessed by travelling on washed out roads narrow enough for one bus and one motorcycle to pass, or were only accessible by boat, including medical camps that operated on boats to get to people in need. We worked together in teams to gather data by documenting living conditions, health concerns primarily focused on the effects of flooding, as well as socioeconomic factors of people impacted by flooding.

One of my most memorable interviews was conducted with a severely disabled 42-year old woman named Rina. She has brittle bone disease, and showed me scars on her body from one of the 27 surgeries she has had to endure to cope with this illness. The family described the incredibly difficult realities that Rina faces every day, including avoiding direct sunlight due to her illness. They described to me the additional challenges that they face regarding flooding in the area as ‘swimming to safety’ is not an option with her health complications. Hers was a very unique story that I shared as a detailed case study with our inter-professional team when debriefing with the larger group back at base camp later that night.

One of the things that I am most proud of from our time spent in the village was leading a team to construct and install a water filter in one community.

Who knew that my adventure would include becoming a construction forewoman in India? Many people shared this experience as one of their favorites from our project, particularly as it was something tangible that we were able to leave behind in the communities for long-term sustainable impacts. It was also one of the most physically demanding projects that we engaged in; we literally had to mix cement! It felt great to get in touch with my roots back here in Canada, as the Fedorowich Construction Company in Yorkton, Saskatchewan is over 100 years old, started by my great grandfather when the family relocated from Ukraine.

The focus of my trip was on the Live in Labs project, but we also managed to have some fun as well. Six people from our original group of Ryerson students stayed on an extra week after our commitment was over to become hardcore tourists in northern India. We traveled with a tour company to do the Golden Triangle Tour: Delhi-Agra-Jaipur returning to Delhi before flying home Aug. 31. No trip to India should be complete without visiting the Taj Mahal – what an incredible wonder of the world! I learned about how the gems found on the Taj were created, as the entire monument was completed by hand. Other than the Taj, another favorite was visiting the Red Fort in Jaipur. Earlier in the trip, before we began our village work, the Ryerson group went on a houseboat tour of the backwaters of Kerala. I was told this was a must-do when visiting this part of the world. At this point in the trip, we were already witnessing homes that were submerged in floodwater, and an entire area of the state that is dependent on tourism for survival.

I made a point of writing every day during my time abroad, trying my best to document as much as possible. This is as brief a synopsis of my time abroad as could be, but of course there is still so much more to share. I’m so grateful to Ryerson for providing this unique experiential learning opportunity for students, to our inter-professional and interdisciplinary team in working together through the infinite challenges that we bravely faced as a group, for utilizing so many personal and professional skills in such a short period of time, and for a new group of friends I never would have met under any other circumstances. Thanks to everyone reading this who supported me during one of the craziest months on record yet. How am I going to top this? : )